Is Your Social Media Presence Hurting Your Executive Job Search? 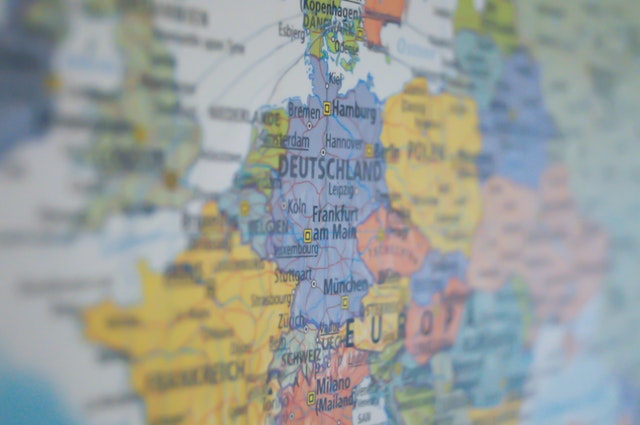 The short answer to the above question is ‘Yes’. Brexit absolutely does have the ability to impact international headhunting and international recruitment. Let’s look at why that is.

The UK Labour Force: All Brits?

The UK labour force is far from being a homogenous being. In fact, last year, an influential 11% of the UK labour force was made up of non-UK nationals. When we look at this data a little further, 7% of the UK labour market is filled with EU nationals. There’s no doubting that EU nationals, working in the UK through our agreements as part of being in the EU, make up a significantly large portion of the labour market. This is particularly true in London, where many headquarters and executive level roles are, as 13% of roles are filled with EU nationals.

If we then look at the details in a little more detail, we begin to see a worrying picture since the EU referendum. Net migration in the year from the Brexit vote until a year later in June 2017 was in the region of 107,000. This is an intensely sharp drop from the previous year’s estimates of net EU migration being in the region of 189,000.

There are a variety of reasons as to why Brexit is limiting the potential and success of international headhunting and international recruitment. Madeleine Sumption, from the Migration Observatory at the University of Oxford, has stated that the data is uncertain, but that the “referendum has certainly created a set of circumstances – such as a fall in the value of the pound, and increased uncertainty about future status – that could make the UK less attractive.”

Then we look to some of the headlines, particularly within our industry, and the picture looks bleak for international recruitment. For example, according to the Working Together Report a staggering nine in 10 EU workers who are currently employed in the UK may no longer qualify to receive a visa under our current rules.

At Eagle Headhunters, we know the value and importance of international headhunting and recruitment. When you seek to fill a position based on talent alone, rather than location, country borders rarely matter. You need the talent wherever it is from. This is then combined with the need to entice the talent to move to where the role is. This is a tricky situation but one we’ve navigated successfully to ensure our clients have access to the very pinnacle of high-value talent.

Whilst there is still a fair amount of uncertainty surrounding the impact of Brexit on immigration and visa regulations this of course will have a knock-on effect on international headhunting – will people want to relocate when this uncertainty is still very current?

But there’s more to it than uncertainty alone.

The State of the Economy

The value of the pound has taken a hammering since the Brexit vote, and is continuing to struggle. The result is that imports are costing businesses more, and exports are earning less. This ripples through to recruitment which is frequently one of the primary areas where costs will be cut.

The Drop in Applicants

The state of the economy is not the only thing affecting international recruitment since the Brexit vote. There are significantly fewer applications from EU candidates seeking to fill roles. This may be partly a temporary dip until certainty is restored, but it is very real.

We’re used to seeing specialised talent come to the UK from the EU. With their status in question, this pool of candidates has shrunk. Top quality talent always needs to ignore country borders, but it needs to operate within an environment (of visas and regulations) where that is possible. At the moment, we don’t have that. The previous freedom of movement that was a given under the EU rules is now in jeopardy and until clear outcomes are established on what will replace them, international headhunting and recruitment is bound to be affected.

In the short-term, it’s the ongoing uncertainty that is posing an enormous challenge for international recruitment. Enticing the right talent in to the right role involves a careful dance marrying the employer and the candidate’s expectations. For the candidate they need to know that working in the UK will be secure – for them and their family – and that the barriers to bringing their talent to the UK will be lowered. Generally, we cannot offer that at the moment. There are still too many unknowns.

How International Headhunting Can Help Post-Brexit

Due to the state of the economy, and the uncertainty, many businesses are already choosing to move some or all of their business out of the UK. For example, earlier in the year, Deutsche Bank was reported to be considering moving 4,000 positions outside of the UK to within the remaining EU.

This massive shift in talent will require international headhunters to utilise their skills – just in a different way from before. International headhunters will also be pivotal in helping to replace talent which is lost from the UK due to the Brexit outcomes. For the highest calibre headhunters, borders pose problems – but not insurmountable ones. There are times when you need to turn to international recruitment and that will still be possible, we just need to navigate the uncertain waters in the meantime.

You can rest assured that when choosing Eagle Headhunters we will ensure you’re matched with the right candidate, wherever they come from. Get in touch today on 0203 582 2663.